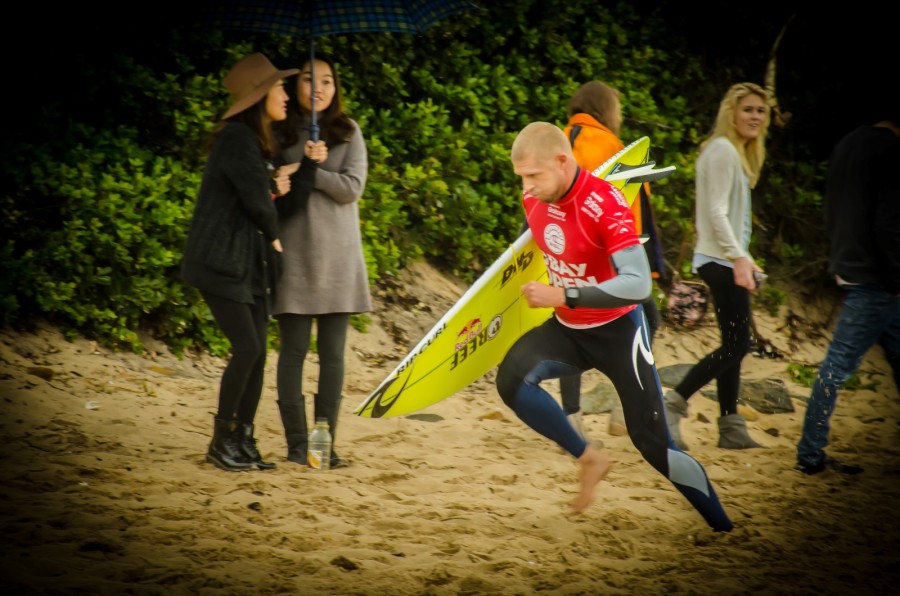 We awoke to a perfect Sunday in Jeffreys Bay, a surfer’s wet dream. The sun edged over the horizon, lighting the most beautiful scene. Crisp clean waves rolled down the point, a gentle wind kissing them on their way. We paddled out, caught a few waves and had a laugh. This is the surfing way.

Further up the point, the final day of the the J-Bay Open had begun . Today, a king would be crowned. Last year, Mick Fanning dominated J-Bay in what I call epistellar surf, an event that will be remembered for a long time. This year, the King of J-Bay was back to defend his title, to dominate once more.

We watched a heat you don’t get to see everyday, or ever, if you live in South Africa. Mick Fanning, Kelly Slater and Gabriel Medina, clashing horns for a guaranteed spot in the quarter finals. What made this particular heat special, for me at least, was watching Kelly Slater surf in front of my eyes for the very first time. It was surreal. Just to watch and photograph him drawing lines at J-Bay put a smile on my face. That was my highlight of this year’s event.

Sitting in the surf on that Sunday was just magical. The vibe was good, we were sharing waves, literally having a blast on one of the best waves in the world. What a pleasure! Somewhere out to sea, a Great White, the King of the Deep, was going about its business, slowly making its way to the speed lines at J-Bay.

For any surfer, a shark, whatever species it may be, is ever present, whether it be in the back of your mind or lurking beneath you when you stroke into your next wave. It’s there when you paddle into the ocean and it’s there when you dream.

When Mick Fanning and Julian Wilson paddled out at Supertubes on Sunday, a shark was present. A mighty clash of ocean kings ensued and so the King of J-Bay was crowned. 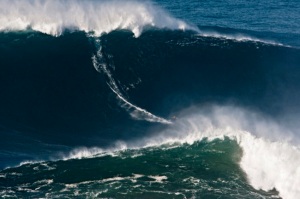 The sea is calm with no waves in sight. It’s been like this for days. There’s nothing left for me to do but engage in some mind surfing, even then I find no resolve. The sea gently laps the shore. On flat days like this my thoughts are blown out of proportion as I imagine gigantic swell heaving towards the shore, visciously wild and unridden. While I revel in the vestiges of my mind, somewhere across the vast expanse of the ocean, a beast is born.

The thought of big wave surfing scares the living shit out of me, but thats me and I have utmost respect for those who seek and conquer the world’s biggest waves. So when I came across this story, thanks to my friend Kelly Slater,  my mind was once again in turmoil trying to comprehend the thrill of big wave surfing. I think this story is an amazing example of the guts and determination of the human spirit to succeed against all odds. 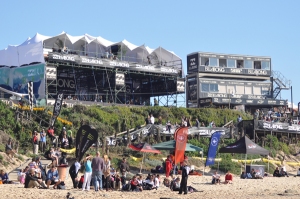 Photo’s and words by Gero Lilleike

Let’s forget about wasting drumrolls for Kelly Slater, it’s just not worth it. It’s a good thing King Kelly never showed up at the 2011 Billabong Pro in Jeffreys Bay because Jordy Smith was destined to remain champion and would have put Kelly Slater over his knee for a good old hiding. 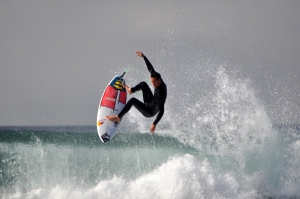 In the final day of the contest, Jordy Smith came up against Mick Fanning in the final in less than ideal conditions in what was a closely contested heat, with Jordy taking the win. The previous day saw J-Bay lighting up with some solid swell and a full day of magnificent surfing from all the competitors. Standout performances included Jordy Smith eliminating Bede Durbidge with some insane manoeuvres. Julian Wilson also ripped into an incredible 10 point tube ride that was quite possibly the wave of the contest.

The atmoshere and vibe on the beach was equally entertaining and watching the pros at work was really amazing. Congratulations to Jordy Smith on his second win at J-Bay and to the rest of us South Africans, we can be proud. 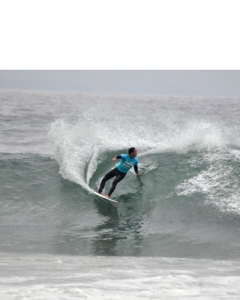 Somewhere in the world, a champion is tearing into some epi-stellar waves, not to mention Kelly Slater in Fiji, but here in South Africa, our very own champion, Jordy Smith, has started his assault at the 2011 Billabong Pro in Jeffreys Bay, offloading a well deserved 16.87 points in the first heat of the contest.

It seems that the Supertubes machine hasn’t quite turned on yet but the 3-4 foot surf gave Jordy Smith plenty to work with. Click here to watch Jordy showing Kelly who the real king is. Now all we need is for King Kelly to get to J-Bay and hand over his crown. Drumroll…

Live News from Leatherfoot to follow later in the week, for now, keep up to date with the latest action at www.billabongpro.com . Aloha.